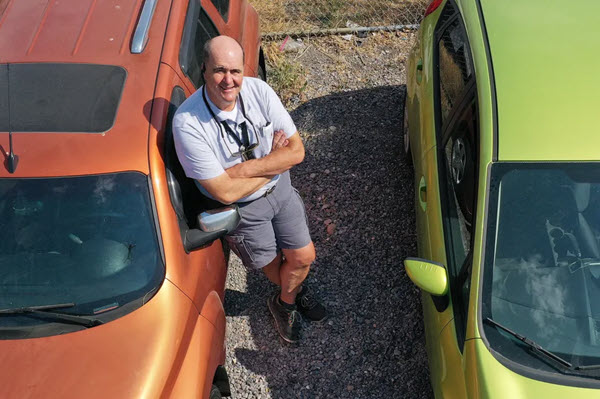 Thirty-four years ago, when he was just starting out in the used-car business, Tane Wanlass had an idea.

The tricky part, he’d come to realize, was finding cars in the first place — you couldn’t sell them if you didn’t first buy them — so one day, on a hunch, he walked into the offices of the Newspaper Agency Corp., the advertising arm for the Deseret News and Salt Lake Tribune, and placed a classified ad in section 495, Vehicles Wanted:

Then, like a fisherman wondering if he’d ever get a bite, he sat back to see if anyone would call.

Of course this story has a wistful twist because Salt Lake City’s two daily newspapers stopped printing on an everyday basis at the beginning of this year. The last day Big Tane’s ad ran in section 495 was Dec. 31, 2020, ending a continuous string of 33 ½ years, which may qualify as some kind of record.

But by then he had three-plus decades of momentum to keep him going, along with two more things he didn’t have in 1987: a website and an impressive Google Reviews rating of 4.7.

Going direct to public before it caught on

Tane — who stands 6-foot-7 and everyone, including himself, refers to as Big Tane — doesn’t consider himself a marketing genius or a trend-setting pioneer, but the truth is, if he was a bragger he could brag that he latched onto the idea of buying cars direct from the public long before CarMax or dealers offering to purchase your vehicle and give you an online quote in minutes came along.

From the beginning, his business plan has been focusing on people instead of the car they’re selling, which more often than not has some sort of problem or mitigating circumstance necessitating its departure.

“When your car breaks down or gets wrecked or is in the way for whatever reason, it can put you in a very awkward, inconvenient spot,” he says. “I really feel for these individuals and I’m willing to go way beyond the extra mile to help them out of their predicament. I have this saying, ‘Just because your car’s junk doesn’t mean you need to be treated like junk.’

“I like people. I enjoy hearing their stories. I get a kick out of them. Every person’s different, every person’s situation is different. Yes, they have a vehicle that’s broken down or they want to get rid of, but that’s it. After that, they’re all unique.”

As is Big Tane. The stereotypical image of a high-pressure, fast-talking used car salesman in a loud sport coat? That’s not him. Big Tane has all the pretense of a Franciscan monk. He’s solicitous. He’s accommodating. He’s non-threatening. He works around your schedule. He answers his own phone. He makes house calls.

His “office” is the cab of a 1996 GMC Yukon he bought in 2002 when it had 95,000 miles on it. Today it has 750,000 miles. The motor’s been replaced, and the transmission, but it still runs, and for the past 19 years it’s been in pretty much every neighborhood along the Wasatch Front and Back, visiting dead cars.

Sticking to what works, even for work clothes

His dress code consists of a Carhartt polo shirt and Carhartt cargo shorts, both in gray. He has 10 of each, which he rotates.

“I kinda go with the Steve Jobs approach to wardrobe,” he says. “I’m a big fan of Carhartt. I don’t know why.”

(Clearly, when something works — e.g. the uniform, the Yukon, the house calls, the classified ad — he sticks with it. As his cousin Joel Clark notes with equal parts awe and admiration, Big Tane has worn the same Chums eyeglass retainer for so long it went out of style and came back in.)

When he consummates a deal, which he does 99% of the time, he hands out a Big Tane thank-you bumper sticker and a box of Big Tane thank-you cookies. Take a look at his website, carsoldforcash.com. It’s like selling your car to your favorite uncle.

The formula might not be glitzy, but it works. At 27,000 purchases to date, that means he’s bought an average of 2.1 cars every day for the past 34 years.

And it keeps getting easier, because more and more, people are now finding him instead of him finding them.

He has nostalgia for the newspaper ad era, but doesn’t wish it back.

“As opposed to the classified ad days, people who need to sell their car, they go to Google, they do their research, they read the reviews,” he says. “I just recently went from a 4.6 to 4.7 on Google Reviews. That’s ginormous for my business. That’s a Big Tane big deal.

“It took awhile for me to put myself out there on social media. But the internet has been a huge blessing. I feel like I’ve reinvented myself. Here I am at the ripe old age of 61 and I’m more flippin’ excited about what I do than I’ve ever been. The old days were good, but I like the new days even better.” 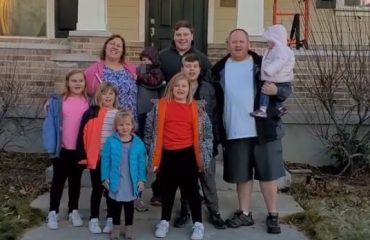 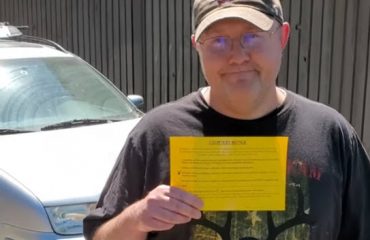 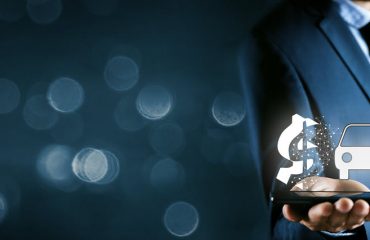 Selling Your Car For Cash

Want a laugh? Check out the Car Sold For Cash Utah Jingle!

Proud of our BBB “A” Rating!